Some important tips for travel .

Some important tips for travel .

·      While you are going to travel to India , you should remember some important thing to carry with you .
·      First of all you should plan properly, which part you are going to travel  . so that you could  prepare to yourself that how many days you need .
·     You have to consider well about the temperature of that part, during your trip time. So that you could prepare your traveling kit which is really needful.
·    One more thing I should tell you about India , which is country of different religion , caste , and community. Accordingly we have many religion which impact to plan . so if you know it before you can make your advance reservation which is more important and convenient .
·     If you are a back packer and going for long trip then you have lot of time to adjust your plan .if you have short time then you can contact some reputable and reliable travel agent who could arrange everything for you .
·   Most important thing is if you are taking any medicine then don’t forget to carry them , so that you could be fit to travel and enjoy your trip .

We have been long time in a travel & tourism industry by treating to tourist ( foreigner / Indian ) with our qualitative service to our honourable guest , We have all kind of latest model transport a/c and non a/c
which is comfortable and suitable for any kink of tour .
If someone have any requirement about any kind of transport in Agra to any city . You can contact us without any hesitation . We will try our level best to justify ourselves on your trust .
These are the customer's comment who has used our service practically , they are satisfied with us and they have written these feed back .
Email:- coxqueen.kumar@gmail.com
9897067233 / 9759346082 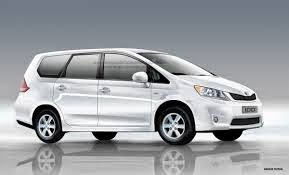 How to get Agra and know about it .

Agra is situated on right bank of Yamuna river, In the old time it was a capital of Mugal emperor . Before the Taj mahal Agra was as unimportant place, But After building Taj mahal , it raised into its permanent prominence, Taj mahal is Gift of emperor Shahajahan , who was the fifth generation of mugal ,
Shahajahan used to love to Mumtaj very much who was the second beloved wife of Shahajahan . She was very charming , that's why shahajahan decided to build a Taj mahal , by white marvel , just to give a similar look to her beauti .she was just an ivory complexion lady .
Agra can be reached by train / buses and taxi ,it is just 200 km, from Delhi , and 245 km, from Jaipur.
Though Agra is known as for Taj mahal , but beside it tourist can enjoy the Red fort which was the residence of mugal family , Sikandra which is Akber tomb , and Fatehpur sikri , which is 38 km, from Agra , here you can see , buland Darwaza , Castle , and mausoleum  of saint Salim chisti .
Agra is a historical and worth seeing place , nowadays one live show also can be seen at Agra, which is based on indian culture and religion , where artist perform on stage , represent golden era of mugal period .
when their performance is over , A splendid taj mahal come up on stage , which really marvelous and unforgettable in whole life .
we are a travel agent who organize package tour and transport , if you required any thing you  can contact us on mail or mobile .
Email:- coxqueen.kumar@gmail.com
09897067233 / 09759346082 . 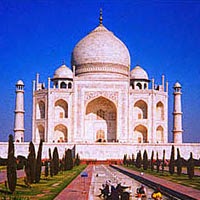